Make the most of the Severn Valley’s largest investment in a generation, says local architect 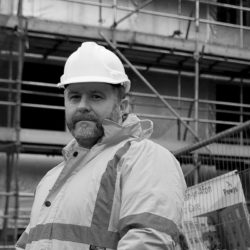 The Severn Valley in north Powys is buzzing with investment and regeneration but more still needs to be done to harness the economic and social opportunities open to the people and businesses in the area, according to a local architect.

With £20million being invested in construction projects in Newtown alone this year and work on a £58million bypass expected to begin this summer and be completed by 2017, Mid Wales-based architect Doug Hughes says the community must work together to benefit from such investment.

Speaking at the Wales Rural Regeneration Conference held near Newtown last month, Mr Hughes, who runs Newtown and Welshpool-based Hughes Architects and is also chair of the Welsh Government and Powys County Council-backed Severn Valley Effect project, said more needed to be done to ensure the benefits of the bypass and commercial investments are maximised for all.

“We are now on the cusp of what could be the largest investment in the area for a generation, with a £58million pound bypass along the A483 at Newtown, £20million of commercial development in Newtown and the investment in a fibre-optic broadband network providing high speed broadband access throughout the area,” he said.

“But while a great deal has been done to secure these investments, there is still a need for a more cohesive approach from each and every community, the public and private sector to take advantage of this.”

In addition to the bypass, he cited the near £20million being invested in Newtown through a multi-million pound investment in Newtown’s Market Hall, the creation of the new Hope Church with conference facilities, a new Welsh-medium primary school and a new social housing development close to the town centre.

He said time is ticking to ensure the Severn Valley is marketed actively before the bypass is completed.

“The bypass is not just about solving the area’s traffic problems, specifically in Newtown. It’s about attracting new commercial and industrial investment to the area and creating greater social and employment opportunities for the people who live and work here.

“If we’re not prepared for when the road opens in 2017 then we’re going to suffer. We should not see the road as the answer to a congestion problem in the area, it is an enabler to new opportunities. But we have to begin marketing the area, our towns, communities and the opportunities that this new bypass will create.

“If we’re not telling the outside world – the Midlands, North and South Wales and the North West of England – about the area then the road will just be what it’s called, a bypass, instead of attracting new opportunities into the area, rather than through it.”

Mr Hughes said he and others were talking to the Welsh Government, town and community councils, business and social groups and others.

“Working in isolation and individually isn’t going to help. We must ensure a cohesive approach throughout the Severn Valley to benefit from these investments and we need to do it now,” he added. 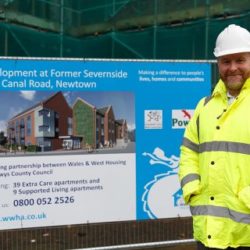