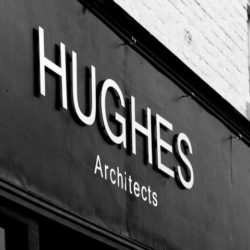 Hundreds of much needed affordable homes could be built in rural Wales as a result of a new £40m fund for “stalled sites,” according to a Mid Wales architect.

The supply of affordable housing in rural areas is often stifled by the high infrastructure costs that can make it prohibitive for developers to bring forward residential sites.

As a result, young and first-time buyers struggle to purchase their own home or find suitable rented property due to a lack of supply.

“It’s often difficult to bring forward sites for residential development in some rural communities because they are economically unsuitable due to the initial costs,” said Doug Hughes, principal architect and managing director of Mid Wales and Cardiff based Hughes Architects.

“Land is often identified in Local Development Plans, such as the latest one in Powys, but many sites remain un-touched as the cost of bringing in services and infrastructure makes it un-economic.

“It remains with social housing providers such as local authorities and housing associations to fill the gap, but this only provides rented accommodation when there are many people out there wanting to buy a home in their own community.”

The loans provided by the new fund will have to be paid back within four years. The government said the cash will be recycled four times over seventeen years, providing a total of £160m.

The government said research had found progression had halted on around 400 sites in Wales for a number of pre-development and economic reasons, halting the creation of around 7,600 homes.

“We are keen to work with developers on sites that might have been prohibitive in the past. With the right design and investment, many more homes could be developed in rural communities throughout Wales as a result of the new fund,” added Mr Hughes.