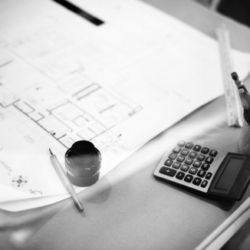 Planning authorities throughout Wales could streamline their planning processes, saving thousands of pounds, if statutory pre-planning application consultations were used more effectively, according to architect and planning consultant, Doug Hughes.

Since 1 August 2016 developers proposing major developments in Wales of 10 or more dwellings or where the site area is more than 1ha have had to undertake 28-day pre-application consultations prior to submitting a full planning application.

“The pre-application consultation was introduced to ensure greater community involvement in larger scale planning applications. Having undertaken many of these we have seen the level of input and understand how important they are in helping mould the final planning application that is submitted for approval,” he said.

“However, we often find that while the input from the public and essential stakeholders, including adjoining neighbours, landowners and other statutory bodies, is used to help complete the final application submission, a further consultation is often then undertaken with the same stakeholders by the councils, duplicating what has already been undertaken.

“We believe the pre-application process could be used more effectively, helping reduce the financial and bureaucratic burden on the planning authorities and other statutory stakeholders during the planning process at a time of budgetary pressures on the public sector.”

Mr Hughes, whose planning and building design consultancy has offices in Newtown and Welshpool in Powys, Aberystwyth in Ceredigion, and Cardiff, believes the Welsh Government should look at how the process has been implemented since it was introduced as part of the Planning (Wales) Act 2015.

“We believe that while the system ensures greater transparency and community involvement, something that is vitally important in any planning application, it could be made more effective and would help save time and money for the public sector.

“We believe the process should be reviewed to allow greater fluidity of the process for all involved and would urge the Welsh Government and Welsh Local Government Association to consider this in consultation with developers, housing associations, planning consultants and others involved in the process.

In addition to the number of dwellings or the size of the site areas, other factors forming a major development are: